Life is not fair. This is not the lesson of this show, it is the starting point. Based on Kousuke Fujishima’s (very) long running manga, which just recently ended last year at 48 collected volumes, we first meet Keiichi Morisato, a down on his luck college student who is not having the best day of his life. Of course, this could describe every day for young Morisato, who appears to be living under a star of misfortune (literally, so we are told). The Powers That Be, however, like Keiichi, since he is the kind of well-meaning, kind, and gentle loser who embodies many of the virtues and values that society at large pays great lip-service to, even if in reality most people pay them little heed: humility, kindness, caring for others…you know, the things that don’t bring in money. And in what can only be a fantasy (since in real life, most of the time nice guys do indeed finish last), the Powers That Be decide that some corrective measure needs to be made.

As Keiichi tries to make a phone call, he is connected instead to a beautiful female voice (the divine Kikuko Inoue in the original; matched perfectly by Eileen Stevens in the excellent dub by NYAV Post) who announces that she is with the Goddess Helpline and will be with him soon to grant a wish. Sure enough, a beautiful woman dressed in exotically weird clothing (all the rage in Heaven, so we must assume) quickly appears out of a mirror in Keiichi’s room and informs him that because of his many good qualities, it has been decided to grant him a single wish to make up for his life sucking (if he had any brains…he should have wished his life to stop sucking). She even hands over her business card like a good Japanese company employee, though her name is more in line with Norse mythology (berudandi is a somewhat…challenging…attempt to render the name Verthandi, one of the Norns, the Norse goddesses in charge of Fate, into something a Japanese person can pronounce; it would then be transliterated in the English translation as “Belldandy,” even though English-speakers could better handle the original Verthandi or Verdandi as it is sometimes rendered). Keiichi is unable to think of a wish immediately, but it is clear that his mind is obsessed with the fact that he is short and cannot score with the ladies (and as we are informed, he is 5’ 3” which is short even by Japanese standards for a man in recent decades). So, he wishes “that a goddess like you” (Belldandy) “be by my side forever.”

The chaos starts when the Universe grants him his wish…literally.

A funny thing about wishes, noted long ago by many writers in many cultures, is that when they are granted only to the letter and not in the spirit in which they were made, they often do not satisfy the wisher. Keiichi wishes for a beautiful woman to be with him always and forever, but that is not what he was really wishing for. It is pretty clear what his true wish is, but it is something that the author hesitates to put front and center.

Let’s face it: Keiichi wants to get laid.

I understand that this will not be a truth that many will wish to speak out loud. There will be objections, certainly. But…if we are honest about it, all of the clues are there. Keiichi talks about his height and how it prevents him from gaining positive attention from the fair sex. One of the brief thoughts he has when Belldandy mentions that he gets a wish is for a harem (no other way to interpret him sitting in a chair being surrounded by beautiful women). If you logically follow the clues, it’s an inescapable conclusion. For when it comes to the entire “magical girlfriend” sub-genre of romance, we should put aside the false front which the authors of such works are required to create in order to get published in a mainstream venue and come clean as to what is on offer. It’s the thought, the desire, the fantasy of sex with “the hot girl.” This is why shows of this sort feature romantic opportunities with beautiful members of the opposite sex, not plain or even ugly ones. This applies equally to all groups: women too, with the increasing number of female-aimed versions of the very-closely related “harem setting” romance which have been produced for men for decades, featuring a veritable stable of studs; for those with other orientations, yuri and yaoi exist, though the latter is more honest than the former in some ways when dealing with erotic desire. Yuri has oddly acquired a straight male following who prefer their girls be locked in the same kind of prepubescent chastity that most “magical girlfriend” and harem setting shows rigidly maintain (unsurprisingly, considering it is often the same demographic). Yaoi has a straight female audience too, but they seem to revel in the open desire on display.

If romance were sincerely about feelings and the wish to find a “soul mate,” then physical appearance would not be as important as it seems to be. For only the very shallow would judge a person’s worth and desirability solely based upon physical factors. Belldandy even tells us so in her first appearance. Sadly, it happens again and again that these shows are made by incredibly shallow people or, more cynically, by people who think their audiences are comprised largely of shallow people who only care about physical attractiveness. If it really were about “true” worth and the beauty that dwells on the inside, Belldandy would be presented to us in a homely aspect, not that of a sex goddess, and Keiichi would still have phrased his wish as he did, that “a goddess like you always remain by my side.” Since the hidden meaning within his wish was “that a smoking hot goddess like you always remain by my side and become my cook, my cleaner, and my sex slave.”

The one note of truth in the show comes in the form of Urd, Belldandy’s elder sister, or we should qualify half-sister, since they share the same father (the otherwise unnamed Almighty) but have different mothers: the anime never explores who Belldandy’s mother was; Urd’s mother is Hild, the Demon Queen and opposite number to the Almighty. That difference in parentage allows Urd to openly discuss and express those desires which Fujishima denied Keiichi the ability to say out loud: how to go from romance to “romance.” But note, then, where making any kind of overt reference to the truth puts you: in the realm of demons and devils, not the “good guys” of the Universe.

So that Sexual Desire not be allowed to run free, Fujishima introduces another character whose sole purpose is to stop Keiichi from going any step further with Belldandy: this is the third Goddess of Fate, Bell’s younger sister Skuld (and so we get all three Norns). Skuld is a whiny, snippy, moral prig. While human convention would assume that it is the result of her being a child, she is a child only in form, as goddesses and other divine beings are hundreds, if not thousands, of years old. During that time, Skuld could well have developed the psychological and intellectual maturity that would come from living so long, but…that would not serve the author’s purposes. So, she remains a whiny little brat who loves her big sister and does not want her childhood family bubble to be burst by some man taking her big sister away (though she couldn’t care less what Urd does and with whom).

Now, you might think that I hate Ah! My Goddess or at least am hostile to it and strongly dismissive of it. That would be wrong. Even if it does do a whole lot of shadow puppetry, sidestepping the underlying desires of Keiichi (and much of the male membership of the audience whose surrogate he is), it does it all so sweetly and innocently. The original author and the animation adaptation team even show that they do recall some of what Belldandy is saying about inner beauty by making sure that her inside does match her outside. Belldandy truly is a goddess outside and in. It’s not about power, it’s in her concern and care for others, her selflessness that places others’ concerns before her own. Keiichi is shown to be a worthy companion for her as his actions, too, bear out that he is a good person inside. You can’t help but watch and feel that these two deserve to be together, even if in real life we don’t look at some poor, luckless loser and think “yeah, he’s such a good person he deserves to be with the lingerie model/super-hot actress who also has a heart of gold.”

If anything, in ten years, there has been a marked trend in a far worse direction. With Belldandy, the attention her beauty draws is at least somewhat justified by her beauty inside, and is worthy of our, the audience’s, attention. But of late, there have been quite a few shows with romance as a major theme and aimed fairly clearly at males (an abundance of attractive females is always a good indicator) that throw aside any pretense of caring about inner worth. The lead girl, the one whom we are being shepherded towards viewing most favorably, often only has physical beauty going for her. Personality-wise, she might be empty, or worse, she might be repellant: abusive, violent, angry, which seems to be the only way many manga/light novel authors appear to be able to depict an independently-minded female character. Now, this is nothing entirely new (some vicious creature called Naru-something from many, many years back, is clawing furiously from the depths of memory), but it feels like we are getting fewer and fewer Belldandys and more and more girls whose only claim to attention is their physical attractiveness. The creators, whether it be the original writers or the anime adaptation teams, are giving us the message that we should only care about how hot the girl is, not the fact that she likes to kick, punch, or clobber her male love interest if he does anything in the least that embarrases her, especially if it’s an accident.

While Belldandy has been accused of being a “doormat” by many a detractor and an overly-idealized “perfect woman” by Japanese standards (a yamato nadeshiko), at least she is not as empty as some more recent creations and definitely does not have the vicious streak that passes for depth of personality and independence in others of recent vintage. Kindness and putting others first does not mean being a pushover. The majority of characters in the show are all idealized forms of standard character types, but at least they are then given some life and breath beyond their functional roles. It would be refreshing to see a romance work today that had characters that could match the two dimensions (at least) that the cast of Ah! My Goddess can manage. Even a single dimension would be an upgrade for some. 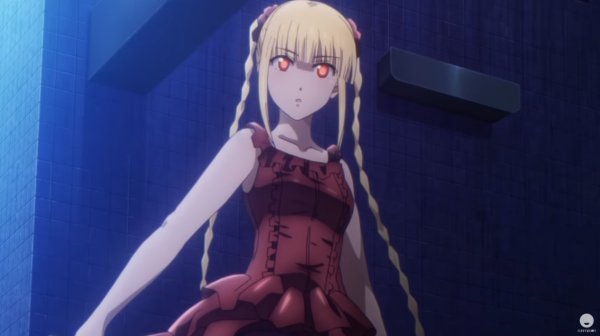