An innocent period love story as only Ghibli could do.

What They Say:
From the legendary and highly celebrated Studio Ghibli (Spirited Away, Ponyo, Arrietty) come From Up On Poppy Hill, the uniquely inspired and highly anticipated coming-of-age story directed by Goro Miyazaki from the screenplay by Hayao Miyazaki.

Set in Yokohama in 1963, this lovingly hand-drawn film centers on Umi (voiced by Sarah Bolger) and Shun (voiced by Anton Yelchin) and the budding romance that develops as they join forces to save their high school’s ramshackle clubhouse from demolition. The top-grossing Japanses film of 2011 and winner of the Japan Academy Prize for Animation, From Up On Poppy Hill captures the innocence of new love as well as the beauty of Yokohama’s harbor and lush surroundings.

The Review:
Audio:
The film has two soundtracks, Japanese and English, both 5.0. No bass track, but this isn’t a film where that would be relevant. Studio Ghibli’s attention to subtle detail extends to the soundtrack. The voice acting is top notch, subtle and understated, and with a completely period quiet respectability – no modern slang here. The English-language soundtrack, while competently acted, was lacking some of that innocent charm from the original. The actors sounded too knowing and modern – as well as very American. The subtitle track appears to be the same as the soundtrack, including a few places where the translation doesn’t match the original.The music is gentle and appropriate. None of the songs are blockbusters, but none of them felt out of place either. It was an era where schoolchildren were expected to sing as a sign off their earnest group effort, so there are couple such songs in the film and they’re each well performed.

Video:
The film is standard 1.85:1 wide-screen. The transfer is good, with lovely colours and just a little film grain that doesn’t look at all out of place in a period film. In the recognisable Studio Ghibli style, detailed watercolour backgrounds are paired with smooth, simple character designs. If anything this old-fashioned style is even more prevalent than in recent Ghibli releases, as this film harks back to the era when the first manga studios were being founded.

They make a big thing of the animation being hand-drawn. I’ve no doubt they used 3D animation liberally to help draw the trains, boats etc, but they’re all made to fit with the hand-drawn style, and at no point did they look out of place. The animators paid great attention to detail, from changes of clothes and the layout of a period kitchen down to the exact motions of the characters. The feeling of period realism this conjures up for most of the film helps to underline the dream-like look of the shanty-town clubhouse, with boys’ constructions and decades of accumulated rubbish.

Packaging:
Fitting in with the Ghibli Collection, this DVD box comes with a cardboard sleeve. The inside has two disks, held firmly on either side of the box – no flimsy hinge to break off, and no chance of the disks slipping and scratching. Simple, but perfectly good.

Menu:
The menu is simple and static, as befits a story set in a simpler time. The soundtrack options are kept simple: either Japanese with subtitles or English. If you need subtitled English, it’s up to you to switch tracks.

Extras:
The main disk has just one extra: a “storyboard” mode that overlays occasional moments of the video with the rough sketches they’re based on. It’s quite a nice touch. The second disk includes several interviews and conferences with the Miyazakis, a music video for the theme song, Japanese trailers for this and other Ghibli films, a making-of film and a short film showing footage and photos of the Yokohama area, both old and modern. None of them are very long, and they could probably have been fit onto the single disk, but there’s no harm in having them separate.

Content: (please note that content portions of a review may contain spoilers)
Umi’s family live in what used to be a hospital, atop Poppy Hill overlooking the harbour. Each day she raises signal flags, in memory of her father. One day a poem about her and the signal flags appears in the student newspaper.

The school is in turmoil because of plans to demolish and rebuild the “Latin Quarter”, a ramshackle old building that houses all the school clubs. Among the leaders of the faction against demolition is Shun, editor of the daily student newspaper, who stages a stunt, debate etc to draw attention to the campaign. Umi and her sister get involved, and at the same time Umi finds herself falling for Shun.

But the past of Yokohama isn’t going to leave them alone. Shun recognises a photo of Umi’s father, and this triggers an investigation of his own past. To his credit, unlike many anime characters he’s fairly straightforward with Umi and doesn’t drag a secret out for extra drama.

Shun is the typical Ghibli hero: calm mannered, respectably handsome rather than roguish, intelligent, thoughtful and neither cocky nor weak-willed, and never violent. Umi is less sure of herself, but still shows the intelligence and quiet strength of a young Japanese woman from before the sexual revolution.

Based on a manga written the 80s, this is a consciously old-fashioned story. It’s a romantic version of the past, of course, but with enough real-world imperfection to paint its illusion well. It diligently reminds us that the modern era of peace and prosperity was built on the sacrifices of the past. The death of Umi’s father in the Korean War looms large over this story, and Yokohama harbour is an ever-present reminder of how much of Japan’s war history has taken place at sea.

This is a U release, as it should be (or the equivalent G for Ireland). It makes reference to past warfare, but never needs to go into gruesome detail – not least because the action happened far away, and this story focuses on the wives, children and friends left behind. It’s safe to watch this with children of any age; those who don’t already know what’s being alluded to won’t be troubled by it. There are apparently some people in the world who think breastfeeding a baby is somehow indecent, but I’m glad to see that the BBFC aren’t among them.

In Summary:
As promised this is an innocent, nostalgic love story of the sort that only Studio Ghibli could make. If you love any of Ghibli’s earlier work, you’ll also love this. This could be a good film to show to non-fans to get them into anime, or to narrow-minded fans to show them how different anime can be. 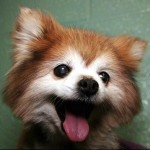