The Review:
Audio:
The audio presentation for this release is pretty straightforward as we get the original Japanese language track in stereo along with the previously created English language mix, both of which are encoded at 192kbps. The OVAs have a fairly standard hentai stereo mix which means that the bulk of the show is dialogue, or at least moaning and grunting, which is generally through the center channel to give it a full feel. The music makes up most of the work on the stereo channels themselves and provides a subtle but decent piece that comes across well. Listening to both audio tracks, we had no problems with dropouts or distortions during regular playback.

Video:
Originally released to video in 2002, the transfer for these two OVAs are presented in their original full frame aspect ratio. This release mirrors the 2009 release as it’s essentially a new replication of it. Like a lot of Discovery titles, the materials here look really good, filled with rich vibrant colors and some good smooth animation. The transfer for this release is in its original form for the opening and closing. It’s a clean looking transfer with no visible cross coloration and only some of the usual minor aliasing you see in some of the lines during panning sequences. The show also manages to avoid having any color gradation issues and instead has some really good looking solid colors to it.

Packaging:
The only difference between the 2004 release and this one is the packaging as Critical Mass has given it a fresh piece of artwork and design. I rather liked the original one overall, but this one works good as well as it features Rin in her regular outfit laying upside down while being bound up. Her pants are gone and she’s laying on a bed of flowers while we have a moon in the background which overall helps to paint a very nocturnal and eerie cover that’s very clear about what kind of show it will be. The character design looks great and the artwork overall is very appealing. The back cover continues the very dark black motif with another character along the bottom also on the bed or flowers with lots of ropes around her. Add in a few shots from the show and the basic two line summary of what to expect and you have a minimal piece that lets the artwork well the show more than anything else. The technical grid along the bottom covers everything well and it’s a very clean and good looking package overall.

Menu:
The menu layout for this release is surprisingly minimal; the main screen is just an image of the two characters naked bodies going at each other with a lot of darkness obscuring them, but there’s no music and none of the usual small bits of animation either. The lack of music is the more surprising part really. The discs layout is pretty easy to navigate and menus load quickly and without problem. The disc also read our players’ language presets correctly which is a plus.

Extras:
The only extras included here is the production artwork gallery.

Content: (please note that content portions of a review may contain spoilers)
Maison Plaisir hits up the Maison Ikkoku template as a basis for its story and then just runs wildly into the bondage and scatological realm while throwing in some incest and fun with food. What more could you ask for?

The show starts off by introducing us to Seiichi, a young man who has just been caught teaching his stepmother Rin the ways of a bondage whore. When his father found out, he threw him out of the house and he’s now landed at the Kazenaha Inn where he’s got an upstairs room. Meeting with Miyuki, the manager of the complex, he’s shown around and introduced to some of the other residents. The androgynous-ish Nagi gives him a bit of grief about never peeping in on her while the other student in the inn, Kasumi, warns him away as well since she’s got so much studying to do for her exams. Seiichi’s kept his secret about why he’s really living there but settles in just fine.

It doesn’t take long though before Seiichi discovers that there’s a secret way upstairs over the bedrooms of people and he finds that he can peep them pretty well. More surprising through is that it leads to a dark bondage chamber. When he later learns that Miyuki used to be married to a man named Heizo, he finds that he spent his time training her in the ways of bondage and that she’s long since missed that in her life and amuses herself to no end with the thoughts of Heizo working her over. Seiichi, being the young hot blooded man that he is, knows he can do better and decides that he’ll just step right in and start up the bondage with her.

Their relationship goes through various troubles as he tries to master her and she tries to come to grips with Seiichi not being Heizo. Along the way you get such fun elements as Kasumi and the pickle that she loves so much but at least puts a condom on as well as the appearance of not only Rin his stepmother but also his stepsister Kiriko. Kiriko’s decided that she wants to learn the ways of bondage and being submissive so with approval from Miyuki he does just that. This leads to all sorts of fun that brings in Kasumi to have some girl on girl with Kiriko and even Rin decides to get into the act. Poor Kiriko, her protestations of not wanting to be done by her mom go unheard.

Maison Plaisir’s actually quite a fun little title since the characters are just slightly over the top in a way but still somewhat grounded. They’re stretching but not far enough that you roll your eyes – much. There’s this one great scene where after being hung out naked in a tree for awhile, Miyuki has Seiichi hold her up so that she can urinate on her husbands picture to symbolize that she’s gotten over him. What’s amazing is that they do this with such a serious and somber piece of music and the visuals of a dark gray cold day in winter while some snowflakes fall down around them. It’s such a bizarre sequence but they manage to pull it off in a really weird way.

There’s a fair dose of scatological material in these two episodes. It gets pretty nasty in some of them, one time even to the shock of Seiichi who didn’t expect the geyser reaction he got from Miyuki. As I see more and more of it I know I’m becoming desensitized to some of it so there are elements of it here that are par for the course and then there are some really bad ones. Such as when Miyuki is strung up in the bondage room and she’s ready to, er, blow from what he’s put inside her and he spins her around instead, which causes a great circular release action. It’s like if you spin a little kid through the air but with a stream of poo coming out of them.

The character designs for the show are pretty good, though some are obviously better than others. Miyuki as the main character is good if a bit too angular at times but she’s up for everything that she’s put through. Kasumi takes up the student role with glasses and long hair and pulls it off successful, but I was really surprised by Kiriko and the slightly strange hairstyle she has. Add in Rin and her motherly ways and you get a good mix of characters that are all properly busty, slim and constantly naked but animated well.

In Summary:
Maison Plaisir is essentially a re-re-packaging of what the Anime 18 label put out years ago but now under the Critical Mass label – but still listed as an Anime 18 release as well which I admit I like. The disc is the same, down to the warnings at the beginning, and even retains the original trailers. Regardless, I was glad to see this one get some new life and enter the market again. With the scat is high at times, the sex and bondage overall is pretty good with Maison Plaisir as are some of the jabs at a romantic comedy of a similar name. While I would have preferred more of a parody/homage send-up in a hentai vein as opposed to a bondage training guide of sorts, it’s definitely a fun piece if you can stomach the flying poo. Discovery titles are usually hit or miss, though I really do have very mixed reactions due to the scatological content. Maison Plaisir fits into that category pretty well, so it’s hard to recommend in a way but if you can deal with it, get it. 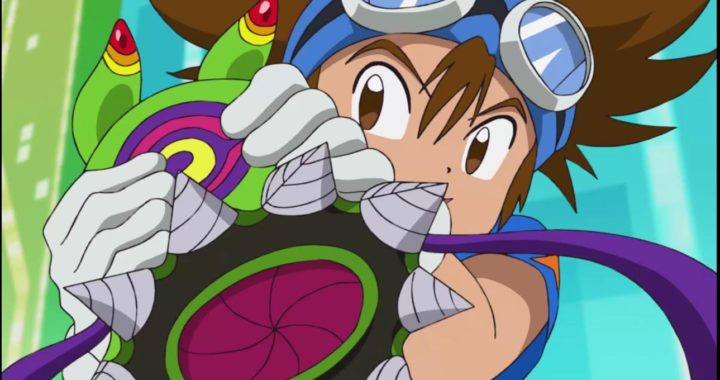