When will people learn to never go into beautiful, sprawling mansions in secluded areas?

The Review:
Audio:
The audio presentation for this release brings us the original Japanese language track in stereo along with the previously created English language mix, both of which are encoded at 192kbps. The show features a pretty basic stereo mix that isn’t all that surprising since it’s a pretty much dialogue based show. Some of the ambient effects like the rain and the music make use of the stereo channels but otherwise it’s a very simple mix that accomplishes the job. Dialogue is clean and clear throughout and we had no dropouts or distortions during regular playback.

Video:
Originally released in 2003, the two episode OVA series is presented here in its original full frame format. This release is identical to what Anime 18 released back in late 2004 which also got a 2009 release, which means that all three releases are the same. It’s essentially the same disc with a new cover. The transfer looks good with lots of solid and vibrant looking colors that stand out well but without being too over the top. There’s very little in the way of noticeable blocking throughout the show and colors are solid. Unfortunately, there’s a good bit of cross coloration to be had in the show, which is more noticeable on the setup we have now than in previous ones.

Packaging:
The original Anime 18 release was appealing with its imagery of Seiya and the blue background that drew you in with its colors. This edition takes some of that but goes with a darker background, one that does feature the many legs of a spider there if you look close enough. Seiya makes up the foreground again though and she’s a bit larger this time which looks really nice. The logo looks the same as it did before which is a nice touch since it is a good logo. The back cover has lots of dark space to it to add to the atmosphere and an array of erotic images from the feature itself that are blended together well. The summary is basic but gets the point across and there’s a clean listing of the discs features. The technical grid is nice and clear – and accurate – which is a plus. No show related inserts are included nor is there a reversible cover.

Menu:
The menu layout is very simple with a static image of Seiya again, though fully clothed, with a black widow spider background done in reds and blacks. Set with a bit of haunting music to it, the menu selections are the usual variety with fast access times and decent loading times. With no transitional animations, they’re pretty problem free and accurate. The disc also correctly read our players’ language presets.

Content: (please note that content portions of a review may contain spoilers)
A lot of hentai have played in the horror genre for good reason as it’s pretty easy to work with and offers something familiar. Bringing together fear, death and sex works in a rather primal way for a lot of people and the vicarious aspect of it with the adrenaline running makes for a disturbing series of sequences overall. Black Widow’s a fairly amusing little two-part OVA release as it’s the kind of show that starts off creepy and then decides it wants to really mix things into it. You get your creepy, you get your sex, you get your bondage sex and you get yourself some dead bodies. What fun!

The story is fairly simple, though it does take a bit for the mystery to get explained. We get to meet seven young friends who are out at a man-made lake that was created when a dam was built there. They’re all good friends and just having fun out and about and living it up. On one of the days there, they end up going for a walk down along the railroad tracks that are there and check out some of the area around them. From the old abandoned rail station to some of the paths up through the mountains, they have a mildly entertaining time. On their way back though, they get lost and the bad weather starts to show up so when they come across a fully lit mansion nestled deep in the woods there, they have no problem with going there. The door is even open for them so they walk right on in.

To their surprise, there doesn’t seem to be anyone around. But people are there as there are things such as the lights being on, water being boiled and other little hints. The men start going off to explore, leaving the women to sit in the entry area together. But even they can’t sit still too long and some of them go off to explore. The mansion is quite expansive with a lot of interesting rooms. A downstairs area has a full bar available with numerous tables, as well as a visible bondage cellar right next to it. The kitchen is massive and has a row of knives all lined up. And to the horror of one of the girls, one of the upstairs bedrooms looks exactly like her own room.

And then one by one, each of them start finding themselves captured and subjected to different things. Two of the men find themselves in an all white room and stripped down when a young woman comes in with a knife and starts to mix the sex and violence with them. One young woman finds herself being tied up and taken by two men on a balcony while others look on, another is tied to the bed and a massive creepy insect is worming its way into her. Toss in some regular bondage stuff and some fun with knives and the sex in this is really all over the place. The people behind the mansion are highly intent on adding a lot of fear into what they’re doing and the characters here are pretty well scared, sometimes to the point of near insanity.

The character designs for the show are all rather good, though not the best I’ve seen. Each of the women come across as very attractive here and different enough from each other, though they all come across as a bunch of princesses in their own way. Each of them finds themselves in different situations so their scenes aren’t repeated heavily throughout and they all react different to how they’re being treated. There’s simply a good amount of variety in here. Where the show does suffer is in the English dub, which is at times wildly different from the Japanese version. It’s amusing since there are points where the English version comes across as more supernatural and cultural than the Japanese version which is almost more modern in how they deal with the issue. 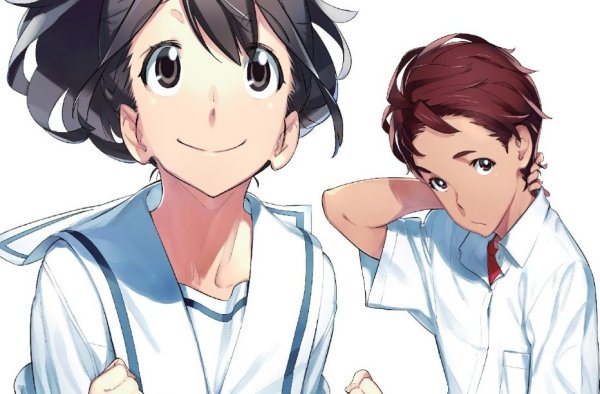 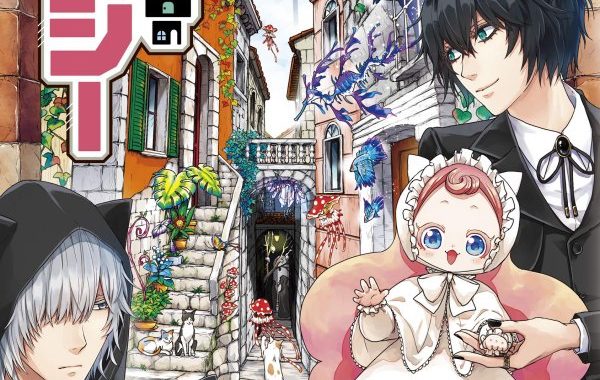 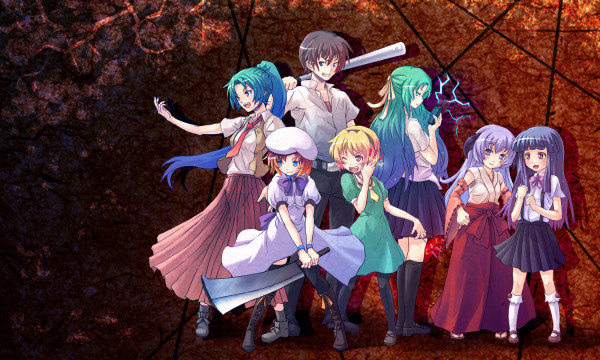