There’s always a man, a blade, and a titan.

What They Say
A CHILD OF CARNAGE
Cut alive from his mother’s womb after she had been eaten by a rampaging Titan, Kuklo has spent his life in chains as a freakish curiosity and a feared abomination. Eventually the boy they call the “Titan’s son” finds himself sold to wealthy merchant Dario Inocencio as a plaything for his cruel and ambitious son Xavi. Kuklo knows nothing but abuse and neglect, but help may come from the most unexpected place…

Content: (please note that content portions of a review may contain spoilers):
In the American comic book industry it’s not unusual to see properties expand into franchises with multiple authors writing and drawing the same characters.  Meanwhile in Japan you’re more likely to see a manga drawn by one creator be adapted to other mediums, but the manga is always first and foremost the inspiration for everything that follows.

There are exceptions to that rule, and usual it’s a matter of popularity and money.  So here we have one of the first spinoffs of the Attack on Titan series.  I’m curious as to how much input Hajime Isayama has on this side story, which in turn is actually an adaptation of the light novel spin-off of the same name.

Isayama isn’t exactly known for the quality of his artwork, and although he has a certain style there’s certainly a… rough quality to it.  Since he’s not directly involved in the spinoff, we get a different artist’s interpretation of his universe, with humans that look far closer to typical anime designs.  The one titan we see still looks like the hideous monstrosity that it should be, but far less grotesque and not humous at all.

This story takes us back about 70 years to a time before the fall of Wall Maria.  I believe this implies it’s only 30 years since the walls were built, which makes me wonder if the populace knew what the origin of the walls were at the time this story takes place.  The characters and setting look nearly identical to the current timeline, except maybe skewing a bit more medieval.  What is missing is the tools of the trade, none of the Survey Corps members have maneuvering gear.  The populace seems far more compliant and less panicked then we’ve seen post wall fall.  That doesn’t mean that all is well in the kingdom.

The story begins with a cut away to an incident which saw a single titan wreak havoc on the outlying city of Shiganshina district.  It was the first incident in thirty years, and the devastation was traumatic.  The fanatic in charge of the group which opened the door was eaten by the titan only to be spat out half digested with her unborn child surviving the death.  Suddenly I’m reminded of Berserk, but Kuklo is a far cry from Guts.

Yes, the protagonists name in this story is Kuklo.  They gloss over his toddler years and we rejoin him as a sideshow exhibit in his early teens.  Who raised him until he was weaned, we don’t know.  He lives the life of a captive, the terrifying ‘son of a titan.’  A noble decides to purchase him so that his son can use him as a punching bag, showing that the nobility of the world of Titan hasn’t changed much.

The good daughter of the family gets it into her head that the monster in the basement is going to kill them all and sneaks down to take him out herself.  This is the interesting part of this tale, as she whips herself into a frenzy about it while caressing a knife.  It becomes apparent that many of the common citizens in the world behind the walls don’t know what a titan really is.  It would be hard to mistake a unremarkable boy as anything but a normal human.  (Nevermind what we now know about titans from recent volumes of the main series.)

Unsurprisingly, Sharle learns that the monster in the basement is nothing more than a boy and endeavors to teach him everything he never got a chance to learn.  Somehow she’s careful enough to not get noticed, and the two keep up their ruse for two years before her family decides to sell him off and marry her off.  With a promise to escape their imprisonment, the two formulate a plan to escape and run off together.  Yeah, I don’t see this going well.

This volume feels like it’s over in a flash, and it doesn’t help that space was taken up to reprint the teaser chapter which was reworked into the first chapter.  Pilot chapters are usually pretty interesting, but this one offers little in new material.  There’s also a small preview of Attack on Titan:  Junior High, which is an ever stranger bit of branching media.

In Summary
A fast paced start to what could turn out to be an interesting side story in the Attack on Titan universe.  These starting chapters tread a lot of familiar ground while trying to be shocking, evoking a few other well known series in it’s set up.  There’s much we don’t know about the early years after humanity built the walls, and sadly this manga doesn’t seem to be addressing any of those mysteries.  Instead we’re treated to a tale of human monsters rather than titans.  With the backstory all set up in this volume I hope the next provides for more action and a greater look at the world behind the walls.  It’s clear that the protagonist has a long road ahead of him toward gaining freedom and respect.

Content Grade: B –
Art Grade: B +
Packaging Grade: B
Text/Translation Grade: A 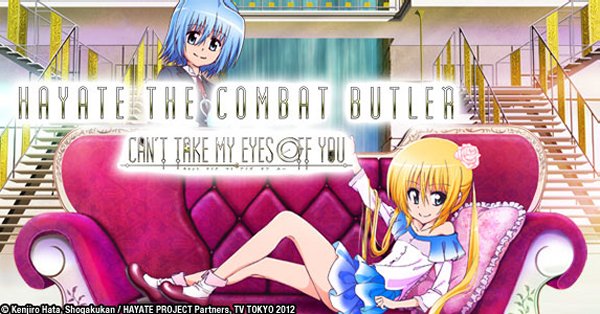 ‘Hayate the Combat Butler! Can’t Take My Eyes Off You’ Begins Streaming Its Anime Trailer 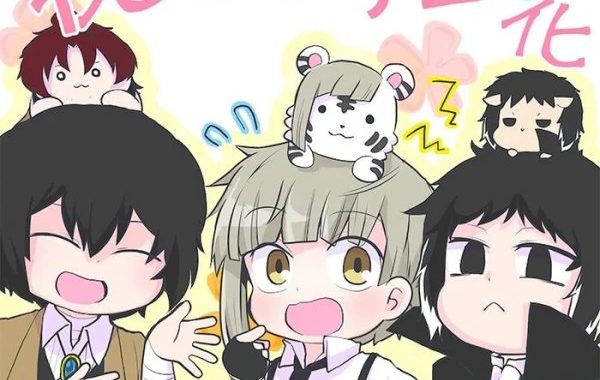 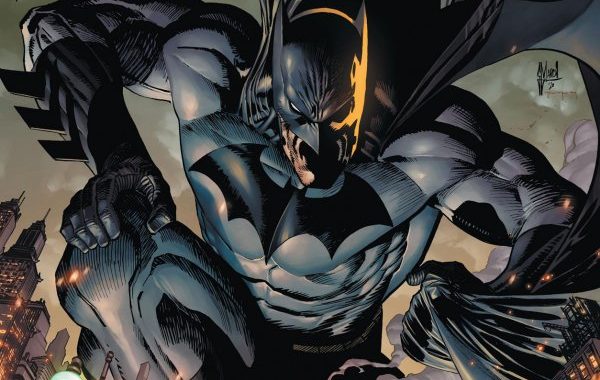