While we have the full TV series planned for July 2014, it looks like the anime adaptation of the boys-love manga series Love Stage!! will go a bit beyond that. According to new retail listings, the 5th volume of the manga that’s due out on November 22nd will have a limited edition release. The release will come with a special cover photo and a box to coincide with an OVA that is being produced for it. We’re seeing more of this in the last couple of years where when a series from a light novel or manga goes into production, the team will be contracted for an additional episode (or more) that will be tied to the manga to help boost sales there and draw attention to it once again.

The TV adaptation was first announced back in May 2013 and finally started getting some information back in January 2014. JC Staff has been set to adapt the work that’s based off of the manga by Eiki Eiki and Taishi Zao. Serialized in Asuka Ciel, the title has been running since the summer of 2010 and has also had a spinoff called Back Stage!! as well. The series has three volumes to its name so far and continues to be ongoing.

Tsubasa Yonaga stars as Izumi Sena along with Takuya Eguchi as Ryuma Ichijo, the only two actors to be revealed so far.

Plot Concept: With a father who’s a singer, a mother who’s a movie star, and an older brother Shougo who’s the lead vocalist for the super-popular band ‘The Crusherz’, Sena Izumi–an otaku college student–is the only dull one born into this super famous and talented family. He loves “Magical Girl LalaLulu” and is working hard to become a mangaka, but one day he winds up appearing in a TV commercial he just can’t turn down. There, he’s reunited with Ichijou Ryouma, the super-popular young actor he costarred with on a project ten years prior. 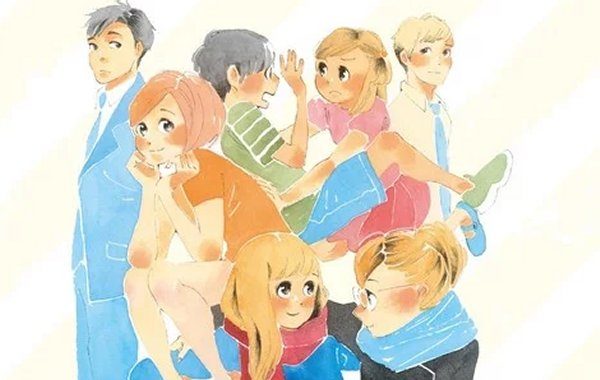