Skip to content
The past continues to haunt the present.

What They Say:
Banri Tada is a newly admitted student at a private law school in Tokyo. However, due to an accident, he lost all of his memories. During his freshman orientation, he encounters another freshman from the same school, Mitsuo Yanagisawa, and they hit it off at once. Without any memory of each other, their lives become more and more intertwined as if set by the hands of fate. But what is their fate, and will it lead to happiness or another memory to forget…

The Review:
Content: (please note that content portions of a review may contain spoilers)
With a lot of things going on in Banri’s life, including him playing Yana’s boyfriend for one beautifully hilarious moment in the last episode, thins are just go go go in a way that can dominate a college life. Seeing the relationship bloom between Koko and Banri has been fantastic, though there are always small things that crop up that can mess with things a bit. With some time away from Koko, it’s not a surprise that he can get a little nervous about things since the close and strong bond that he had feels a bit weaker, especially since Koko comes across as more restrained than usual, though just as chipper as always. Of course, with friends like he has, which we see in class, you can’t help but laugh at his situation.

Banri’s uncertainty is certainly warranted because Koko is feeling like she’s not exactly what he wants, having seen and heard him with Linda recently. That’s gotten her to pull back from him, but she’s got strong feelings for him and it doesn’t take long for it to spill out. Which is good since it allows the two of them to connect even more – in the rain now less – which is fun because it’s just done with such good emotion. But it’s also tinged with some real sadness as we see the ghost-Banri talking about the same kind of comforting that went on between him and Linda the year before and how nobody knows about that anymore since Banri isn’t who he was. That also leads into learning a bit more about Linda’s older brother, which has its own merits since he’s a fun and outgoing kind of guy at the school who is engaged himself.

The show spends a lot of its time in this flashback period where there’s a lot going in Linda’s life because of how she feels about the woman that her brother is engaged to. That leads to some complicated moments as it goes on, but in the end it’s all about the way that Banri comforts Linda in the midst of things. She’s struggling with a lot and you can see how she feels about Banri in a rather strong but friendship oriented way and yet Banri, ever in love with her himself, is unable to see this and just gives his all to supporting her. It’s a hugely difficult situation she’s dealing with when it comes to her brother, and that’s driven home hard in the present since Banri is surprised that she has a brother. With that being so important between the two of them, even her knowing he’s lost his memory, it’s quietly painful for her to grapple with.

In Summary:
Though some shows use the flashback material in a way that doesn’t really help much, Golden Time is playing with a different concept here and it’s important that we get it. It may be a bit more than I’d care for, and I’d rather see more of a Banri/Koko relationship explored, it’s important to go over these bits of who Banri was and why others interact with him the way they do. Seeing the kind of person Banri was, and knowing that’s still at his core to some degree, is very well done here and makes for some very engaging sequences throughout. Linda hasn’t won me over as a character in a week by week basis and I suspect I’ll be more sympathetic to her in a marathon session but she’s definitely providing a key and important piece of the situation here. 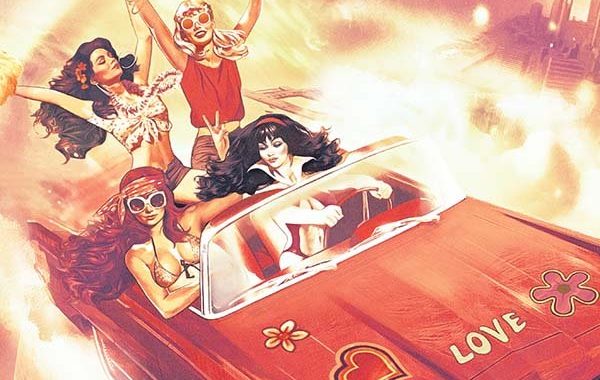