So, another season has passed. I guess it’s time to sit down with your regular season wrap-up reviewers Bryan Morton and Greg Smith, who look back at the Summer Season.

Notable Trends:
GBS: While there are always sequels every season, this summer felt to me as if it was The Season of Sequels. To the continuation of A Certain Scientific Railgun S, the summer added The World God Only Knows: Goddesses, Rozen Maiden Zurückspulen, Genshiken Second Season (which is actually season 3, but who’s counting?), and two derivative works in addition: Fate/kaleid liner Prisma Illya and Gatchaman Crowds. While 6 sequels, direct or indirect, may not seem like an overly large number, what might have tilted things for me is that the sequels outdistanced most of the original fare for this season. It’s not that there were no good “new” shows, but they were dwarfed to some degree by the sequels.

BM: They were, although thankfully most of them were good shows in their own right & didn’t suffer from ‘sequelitis’, with Genshiken Second Season being arguably better than its predecessors; and while I know fans of The World God Only Knows will be able to go on at length about how the Goddess arc’s adaptation didn’t do it justice, coming from the viewpoint of someone whose only exposure is to the anime, I thought it was still a very enjoyable story. The trend we’d picked up last season for anime drifting away from the ‘cute girls doing nothing’ formula continues, too, with the likes of Servant x Service (a comedy about adults? Whatever next!) and Gatchaman Crowds (a very different beast from the show it’s descended from) showing there’s increasingly life away from the schoolhouse (although the Fall season’s thrown a surprise in that department – but that’s for the next Season in Review…).

Biggest Surprises:
GBS: This season produced not one but two comedies that were not all about the laughs but also played to the heart strings well: Silver Spoon and Love Lab. Two very different shows, but each in their own way managed to touch the heart in addition to making me laugh. Hachiken’s struggle over the ethics of eating meat when you are personally involved in the raising of the animals was poignant and handled in a very adult manner. No glossing over the difficult parts, no easy solutions presented to the audience that would make everything “okay” without causing the viewer to have to stop and think for a bit. His personal struggled resonated with many, giving the show a depth that it could have lacked had it just been farm-related slapstick antics.

Love Lab was very different, dealing with a multitude of issues (the false fronts we all put up to protect our senses of self; the pain caused by rejection; the discomfort inflicted on ourselves when others create a false image of what we are, and then we feel bound to live up to their expectations), but in the end focusing on the power of friendship to overcome all of the little hypocrisies and lies that get in the way of two people truly understanding each other.

BM: Loved both those shows, and I’d add Servant x Service to that list too – a shaky first few episodes and my mental tendency to link it too much to Working!! almost had me drop it, but as it went on it developed into a very good little romcom as Lucy and Hasebe worked out their relationship while surrounded by a bunch of dysfunctional yet likeable colleagues. Could have done without Toko and her excessively tsundere attitude, but otherwise this was one I looked forward to each week.

GBS: Servant x Service was pretty enjoyable overall, though somehow for me it didn’t match up to Silver Spoon and Love Lab, largely for the exact things you mentioned: the shaky start, the over-familiar feeling from Working!! and Toko, who was completely unnecessary for the show as a whole. If it were not for the other two, perhaps it might have take the top spot among the original shows this season but…no such luck for its production team.

Greatest Disappointment:
GBS: This is not going to rate as a disappointment to many viewers, but for me this season’s one letdown was Kiniro Mosaic (Kinmoza). I generally like cute things, and this show was certainly full of cute girls being cute and doing cute things. I was not annoyed by any of the characters particularly, nor did I think the things they did were out of line. It’s simply that after watching about 5 episodes or so, I became really, really bored. With “cute girls doing nothing” shows, it really does matter the most whether you can connect to the characters and I did not feel any strong connection to any of the girls in Kinmoza. So, it was disappointing not in the sense that it was a bad show, but that I had higher hopes for what it could deliver.

BM: I went into C3-bu with a preconception of it being GIRLS und AIRSOFT, an idea supported by the way first few episodes played out. But it strayed quickly into rather different territory when it began to focus so heavily on Yura taking the game far too seriously, and that’s where it lost me. A case of wrong preconceptions, maybe, but disappointing nonetheless. Also leading up the disappointments category was High School DxD NEW, the second season of a show I thoroughly enjoyed as a guilty pleasure during its first season – but this time around, the ‘magic’ of the show – the sense of fun it had, in a way that’s hard to precisely pinpoint – just wasn’t there any more, and I only made it a few episodes into the run before I gave up.

What I Took Away From This Summer

GBS: It’s funny how the anime world seemed to mirror the Hollywood movie world this one time around: a summer packed with sequels. The sequels did their job, however, as several of them were quite good and provided a lot of entertainment value. It’s just too bad that only two to three of the new shows managed to make a mark, and one of them (Love Lab) only barely got to be included by a late streaming license when the season was practically over. I hope that the next season (already quite a bit in by the time this article gets published) will provide a lot more in the way of fresh and new programming. I didn’t mind the sequels this season, but there are only so many properties that I really want to continue seeing, and it helped that a couple of them (Rozen Maiden and Genshiken) had long hiatuses before returning to the screen.

BM: Fair point. Once upon a time, one of the points of appeal of anime – to me, at least – was that the majority of shows had their run, told their stories, and then were done. It’s been a while now since that held true, but this is perhaps the first season where the sequels and spinoffs have mostly held their own, with shows like Gatchaman Crowds, Prisma Illya and Genshiken Nidaime taking established shows and universes, giving them a shake, and coming out as their own creations. I’ve never been all that keen on spinoffs, but this season in particular has shown that, done right (and with, perhaps, a certain disrespect for the original sources), they can produce great results. 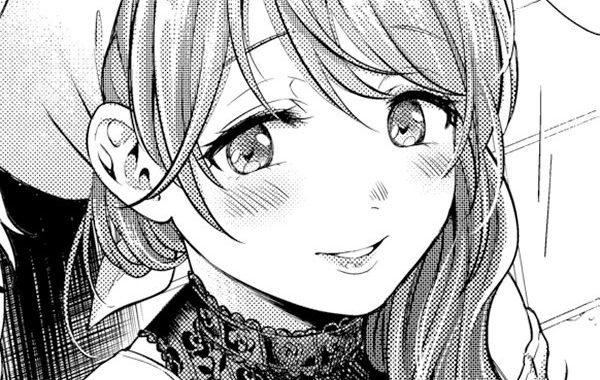