Skip to content
Things go from bad to worse in Nora as everything starts to fall apart.

What They Say:
Nora falls under the UE assault. Arinston Base’s commander Bruzar rushes to evacuate the civilians.

His lieutenant Grodek, seeking an escape for the people of the colony, launches the new Federation ship Diva. Flit, piloting the Gundam, also attempts escape, but then notices a girl straggler. While attempting to save her and slip away into space, Flit is attacked by a UE. To fight off this fierce foe, Flit and Vargas activate the Gundam’s powerful “AGE System”!

The Review:
Content: (please note that content portions of a review may contain spoilers)
Gundam AGE brought in some fairly expected events in its opening episode as it set the way the world works in this particular iteration of the franchise. Going with a younger kid for the lead with Flint, who of course has a connection and an in to getting his hands on a Gundam mobile suit isn’t a surprise and a lot of what we have here is something that does feel rather simplistic in some of its designs, particularly with the characters. But the more you look at it and the situation in general, the more you can see that the designs are meant to sucker you in a bit as there looks to be a fairly intense story that can build here with the youths of the world rising up to do what they can through their simplistic views of how everything should work. It’s a fairly standard plot point, but it’s one that can work well against such a large backdrop where so much happens for seemingly no reason to kids of these ages.

With the scale of the damage during the attack to the colony, things are turning pretty desperate as things are starting to collapse and it’s looking like a massive and difficult evacuation may be at hand. But there’s an interesting attempt that the command level comes up with where they’re going to drag the core that’s damaged out of the colony since everything can sustain itself otherwise. And that should salvage the situation in a significant enough way to minimize the loss to life. The events here work well and we see that while the military is doing what it can, Flit finds himself in a difficult position as he’s trying to escape in the Gundam as well but gets sidetracked because of his conscience and finds himself the target of an attack by the UE.

The episode works these two sides of the story well. Seeing how Lt. Grodek has taken charge inside of the colony and is pretty much killing his career by the choices he’s making in an attempt to save as many people as possible definitely shows some of the divisions and problems that the military has. With Flit, his time spent with the girl he rescues has him showing a good side to his personality as they find their way out of the colony, which leads to an almost comical accident of him crashing into one of the UE mobile suits. The method of starting the battle is comical but it provides the main action point for the episode as we see him attempting to get his bearings in space while Vargas helps him get the AGE system rolling. It’s standard fare for this point in a show like this so early on where it’s by the seat of your pants and that paints a good picture of how this team will work, and why someone like Grodek will keep them together moving forward.

In Summary:
While Gundam AGE hasn’t exactly won me over here, it is moving with the initial story well enough and you can feel a number of echoes to past series to see how they’re working the familiar theme in all the normal ways. Flit gets his time alone for the most part, picks up a passenger that he’s likely going to have the hots for going forward and finds himself in some trouble. We also see the military side coping with the problems happening in the stability of the colony, getting evacuations going and working some other plans as well that are more about the actual good that can be done rather than rules and regulations meant to just protect the military. The show continues to have the right kind of flow and polish and is slowly but surely starting to work the characters and situations which are fairly open ended here. 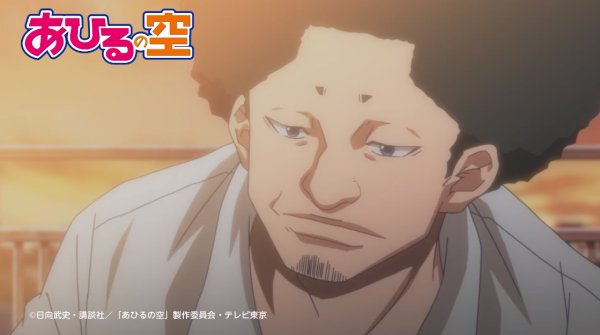