Skip to content
It’s time for Ai to go to a good bad school.

What They Say:
Ai finds herself trapped in Goran Academy, a “concentration camp” for children with special powers. Unwilling to give up her dream of saving the world, Ai must break out. Fortunately, some of her classmates are already working on that.

The Review:
Content: (please note that content portions of a review may contain spoilers)
With the previous arc having covered a good bit of material with a city of the dead and expanding our knowledge of how some aspects of this world works, things have moved on and now we have Ai… going to school. Which isn’t quite a bad thing in a lot of ways as she’s had a minimal exposure to such things through her village and something as what the school called Goran offers could help her to learn more in general while Julie goes off to investigate something himself. Of course, how Ai gets drawn into the school is almost comical in and of itself, but the end result is that she ends up there in a place where some of the other girls even tell her that the place is like a concentration camp.

Of course, considering what she’s been told a school is like, the harsher way this place is run – complete with an administrator who uses a gun to make an impact in disciplining students, it’s not a surprise that she finds it all to be what a normal school should be. Not that it is by any stretch, but the twisted view of one she was given is simply given reality here and she can’t quite tell that it’s not supposed to be like that. And her naive way gets her into a fair bit of trouble early on as well with the staff, but she’s thankfully managed to make a few girlfriends along the way who help her stay out of severe trouble. And also give her a bath which gives us the shows own flavor of fanservice for a bit as the skin side of it makes a fairly modest debut.

While there’s some fun, the show takes a curious twist along the way when one of the boys that Ai met early on in the episode ends up in the bath house with a couple of friends as they’re working towards an escape and are bringing some of the girls with them to make it happen. It’s an interesting if simple little plan they have, but as it progresses and we get a ghost-like young girl appear, she fills Ai in on the history of the school a bit and how the headmistress is known sa the Witch of the West and what she’s up to. It adds more to the strange, convoluted and sometimes surreal way this world where people can’t die works and adds even more of an otherworldly nature to it all, even if it isn’t the most engaging of storylines.

In Summary:
Sunday Without God started off strong in its first couple of episodes and the previous arc had some really well done moments, but it’s also lost some of its steam along the way. Part of it is that the show just feels so random in some ways and that makes connecting with a linear story difficult. The leaps aren’t bad, but it feels like you need more of the bridging material to bring it together to make it engaging and accessible. I like the situation that Ai has gotten into here, but it’s one that feels a little by the numbers in some ways if not for the awkward structure of the story and the exposition heavy ending. 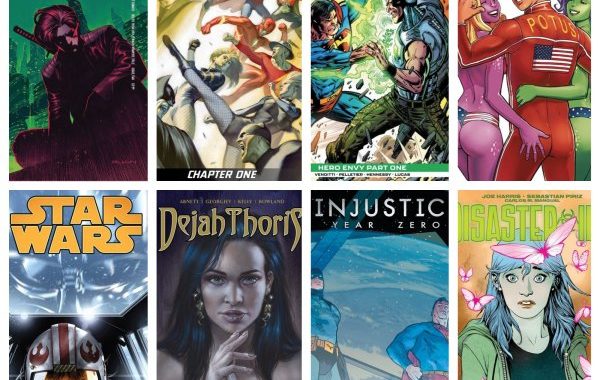