Tiger will never see his daughter at this rate. Damn terrorists.

What They Say:
Sternbild City is home to people called “Next,” who use their special abilities to protect the people as superheroes. These heroes solve cases and save lives so they can wear sponsor logos or acquire “hero points.” Their activities are documented on the popular program “Hero TV,” which picks the “King of Heroes” in a yearly ranking. The veteran hero Wild Tiger has always preferred to work alone, but now he’s been assigned the rookie Barnaby Brooks Jr., who has a different perspective on being a superhero.

The Review:
Audio/Video:
The audio and visual quality of the DVD release is pretty standard with no visible issues or errors throughout the series. The audio is well balanced and comes across clearly with no distortion or muffling, whilst the visuals play smoothly. Subtitles are easy to read and don’t have any noticeable errors, typos or other visual problems.

Menu:
The menu for volume two is very similar to the first volume, with the Hero TV styled overlay with options for play all, individual episodes and audio select, although this time around the bonus feature is on the first of the two discs, rather than the second. The background music loop for volume two is an instrumental piece of background music, set to a series of clips from the episodes featured in the second volume. Once again, the series of clips shown doesn’t give away any spoilers, which is good to see. There is still no indication as to whether the audio select is 5.1 or not, though. I realised that there is actually an option to click on the Kaze logo in the top corner for information about the company, something which I didn’t even realise was there in the first volume and thought was just an aesthetic addition to the menu. As with the first volume, everything is responsive and works as intended, the menu is easy to navigate and it’s easy to see what is currently highlighted, so no complaints to mention in regards to the menu.

Extras:
The bonus feature for this volume is the Ustream Mini Corner Volume 1 which is… odd. It starts out with a couple of plush dolls of a tiger and a bunny wanting a series aimed at adults, when some godly voice comes to them and tells them about Tiger & Bunny. After this, it goes into a short promo segment before a talk with the director about what he wanted to do with the series and the ideas behind the concept. The plush dolls seem to just randomly appear on screen sometimes during this, which comes across as a little distracting more than anything. The rest of the feature focusses around different members of the Tiger & Bunny staff talking about their respective areas of work on the series, such as location development and concept, character concepts etc., with each segment filled with interludes from the plush dolls. For the most part, the feature seems like an expanded version of the Making Of feature from the first volume, including many of the sections from that feature (once again including the character designer talking about Blue Rose’s breasts as a specific point of interest, although his ideas for her character seem to have been toned down a bit in the series…) interweaved with new, more in depth discussions and plush doll clips. The plush clips seem to be intended to add a little bit of humour between the discussions and info dumps, but it comes across quite flat and bland. I’m not sure whether this is due to loss in translation or simply due to a different style of humour, but it didn’t do anything for me personally. Interestingly, the entire feature is written and filmed during the midpoint of the series and was likely aired then, as some of the staff members mention it being at the half way point when discussing character developments and other context-sensitive information. Still, whilst it is an interesting feature and features a lot of insight into the creation of the series from numerous different areas of project creation, it feels like it could’ve been a bit shorter than its near-hour duration if it wasn’t for the random plush doll humour segments which don’t gel well with the rest of the video. Despite that, if you enjoy the series and want a look at what the people creating the series think of their work and how some of the ideas and concepts were thought up and intended to work, it’s very much worth the watch.

Content:
Volume two of Tiger & Bunny picks up pretty much where the first volume left off, with justice vigilante fighter Lunatic causing all manner of ruckus around the city and getting into fights with both Tiger and Bunny again. Despite his introduction as a major plot arc at the end of the last volume, he only really makes an appearance for the first couple of episodes before disappearing for the latter half, allowing for a shorter but arguably more intense climax where Ouroboros finally make an appearance. The first disc continues with a relatively episodic progression structure as with the first volume, including an episode each for Origami Cyclone and Dragon Kid, featuring his past and a strange, somewhat dull episode about babysitting respectively. Origami Cyclone’s history is quite interesting, featuring a story about him and a friend back in hero academy until an accident during a hostage rescue attempt caused the death of a criminal, resulting in the friend being sent to prison for murder. Safe to say, he didn’t like that and broke out, attempting to take his revenge on Origami Cyclone for standing in shock rather than helping him out during the events of the hostage situation. Lunatic shows up and tries to intervene, but more importantly this episode gives the audience an understanding of what Origami Cyclone’s actual power is: the ability to take on the physical appearance of another person. This is something which comes directly into play during the latter half of this volume. The Dragon Kid episode, as mentioned earlier, is relatively lacklustre in comparison. It features the members of Hero TV being asked to babysit for the Mayor’s baby son, who also happens to exhibit NEXT powers of telekinesis. Dragon Kid gets involved after she proves to be the one who can calm the baby down, agreeing to help Tiger and Barnaby look after him. Things go wrong when a super powered gang of kidnappers take Dragon Kid and the baby hostage, but it gets resolved relatively easily and has a little moral story about loving your parents included, albeit coming across somewhat muddled.

The second half of the volume is where all the action happens, after introducing a NEXT and Ouroboros member known as Jake Martinez. Barnaby remembers him as being the person who killed his parents so goes to visit him in prison, but he never makes it there because a girl called Kreim interferes. Her ability (aside from having a great character design) is to control teddy bears and, through this ability and the use of robot exosuits, takes the entirety of Sternbild city hostage. After proving their threats and power by destroying all exit bridges and air travel hubs, as well as one of the support towers keeping the city intact, they threaten to destroy the remainder of the city support towers until the entire place collapses and sinks into the ocean below. The government eventually gives in after another attack and frees Jack, but not before using Origami Cyclone to take the place of Hans Chuckman, the Ouroboros helicopter pilot. Jack easily sees through this plot, but not before his location is revealed, prompting the heroes to make an attack with no success. Following this, Jack challenges the heroes, offering them one-on-one fights in a large stadium whilst being recorded and aired live through Hero TV.

The remainder of the volume focusses around these fights, with Jack showing off his ridiculous strength and easily defeating many of the heroes without breaking a sweat. Unlike a lot of shows which feature a series of fights, Tiger & Bunny manages to pull it off without becoming repetitive or stale, focussing just as much around the characters trying to work out why Jack has such a huge advantage as it does around the actual battles. The final episode in the collection does conclude the arc, however, and doesn’t set anything else up for future viewings other than Barnaby’s continued investigation into his parents’ murder. Unlike the first volume’s cliffhanger and introduction of Lunatic, the second volume’s ending is a little disappointing and doesn’t have an obvious hook to keep people interested. That’s not to say that the show needs such a mechanism as it can support itself easily on its own strengths and continued interest, but such a device is a classic feature in superhero stories so it would’ve been a worthy inclusion.

In regards to character development, it’s nice to see Barnaby and Tiger getting further growth over time, they still don’t really get on that well but are slowly learning to accept each other as team mates and, by the end of the volume, arguably as friends. The witty banter between the two of them is still there in spades though; something which really enhances the enjoyment of their characters and the show as a whole and it shows no signs of disappearing even as they open up to each other little by little. The extra development for Origami Cyclone was cool to see too, considering nothing was known about his character before, not even his hero power. Considering his need to appear in the background all the time, it’s arguable that even less was known about him before his episode than the other characters which still haven’t had their own episodes or much screen time, such as Sky High and Rock Bison, who will likely get their chance in the next few episodes. Dragon Kid’s episode evolved her character a little, but felt weak compared to the growth experienced by Origami Cyclone and Blue Rose.

Music, voice acting and visuals are very much the same as the first volume, with little to none in the way of decline or increase in regards to quality. If you’ve enjoyed the smooth animation, lovely character designs and above-average English dub so far, for example, then there’s no reason why you would have any problems with the aesthetics of these episodes. On the topic of voice acting, the voice they chose for Jack in the English dub especially was a great choice, he comes across as the sarcastic, slightly crazy bastard his character design suggests he is and it suits him very well. The ending and opening themes are the same for this volume as the first, although as this concludes the first half of the series it is quite likely that there will be a change in future episodes.

In Summary:
Tiger & Bunny continues on with its superhero styled antics, with the introduction of some of Ouroboros’ members indicating a further shift towards that story arc for the future. Character development continues to expand upon the heroes and the setting equally, although faltering slightly in regards to Dragon Kid’s specific episode. Aesthetics remain just as strong as the previous volume, both in regards to visuals and audio. Overall it remains a very strong show with its weaknesses ignorable under the numerousness of its strengths and leaves just enough questions unanswered to entice further watching, although the lack of a significant cliffhanger this time round may cause some people to put the series on hold. 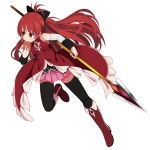 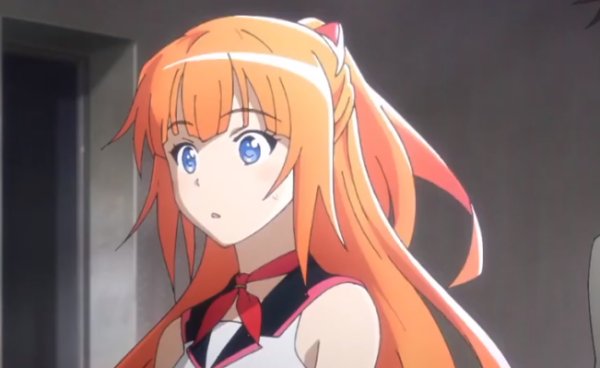