How long can they hide away before Heartseed gets involved? Not long…

What They Say:
The group is learning to be more honest with their desires, except for Inaba. Heartseed decides to pay her a special visit at home.

The Review:
Content: (please note that content portions of a review may contain spoilers)
With the desires now starting to be understood a bit more and how they can lead to an episode that’s caused by what Heartseed has done, it’s been interesting in watching how everyone has coped with it. While Yui went and just hid herself away, Taichi tried to do a little of the same but has come to the realization that this is something that they do need to work through together in various configurations. It’ll grow their understanding of what Heartseed is after but also of themselves and those in the group. Taichi’s little speech to Nagase is kind of cute and fun, especially since she’s just frustrated by how the whole situation has worked out, but it does ensure that the pair of them won’t keep their distance for awhile from each other. And it got Taichi to admit he’s pretty selfish sometimes, which she likes.

The guys are pretty much on the same page when all is said and done as they talk later, though both are trying to figure out ways to manage the heightened desires that hit them with the episodes. We’ve seen them range from sexual to anger and jealousy so they’ve hit a decent range of things so far, but their main concern continues to be with Yui and the way she’s hiding from everything. Surprisingly, her mother isn’t being more parental about the whole issue and has little trouble letting the two young men go in her room to try and convince her daughter to return to life. Yui’s concerns are least understandable since she’s acted out violently and is concerned about doing it again.

Their confronting of Yui works well as it goes towards explaining why they have to face these challenges as Taichi gets to explain it rather plainly when you get down to it. Getting her back to school is a big plus and adds a new kind of levity to things that’s much needed after the seriousness. Unfortunately, it’s short lived as things shift to Inaba as she’s hiding out in her own place for a bit to keep distance from everyone and Heartseed comes to visit her. She’s playing by the rules to some degree, just enough she hoped to not make a problem, but he’s intent on making things entertaining. That sets her into a panic overall since she knows it’s not going to be another river toss, but he manages to get under her skin so perfectly, so quickly, that it’s amusing to see the way it unfolds and how the results will turn out.

In Summary:
Working with the kids to have them deal more with what they’re going through, it’s good to see how they’re starting to talk to each other more in dealing with managing the episodes of desires gone to extremes. With Yui having been the one hiding the most, they’ve done their best to try and draw her out and it’s charming, comical and heartwarming. That dominates things for the episode and works well, but I really liked the shorter and more intense confrontation that Heartseed has when he visits Inaba personally. Her attempts to circumvent things has been a bit more interesting since she’s trying to convincing him she’s playing by the rules, but he knows better and starts to set things so that it’ll be a lot more entertaining, which the school trip in the next episode looks like it should be. 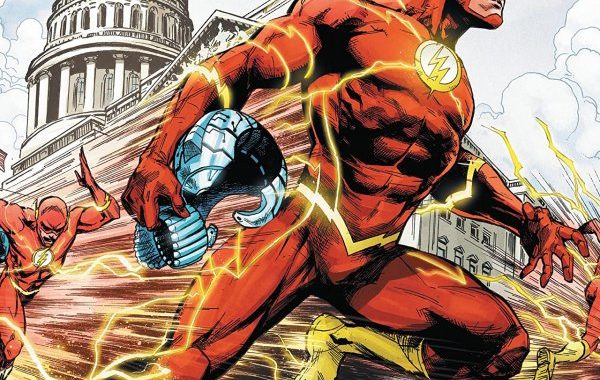