What They Say:
One Christmas Eve, Hiro Hirono helps Miyako, the victim of a purse snatching, and discovers that she goes to the same school he does. To the dismay of his childhood friend, Kei, Hiro starts hanging out with Miyako. But Kei isn’t about to let a new girl in Hiro’s life take him away from her, and sets out to prove that she’s the only one for him.

When Renji Asou meets Chihiro Shindou at an abandoned train station, he doesn’t notice anything unusual at first. But he soon discovers that she suffers from a rare form of amnesia and can only remember things for thirteen hours. Chihiro dreams of writing a novel, but her amnesia has made it an impossible task. Renji is determined to help her fulfill her dream.

The Review:
Audio:
The audio presentation for this series is straightforward with the original Japanese language and the English language adaptation in stereo using the lossless DTS-HD MA codec. The series is very much a dialogue driven piece with little in the way of action material that would work the mix much, but it does have some very good moments where it uses the music to excellent effect. The big moments really are with the opening and closing sequences where it all blends together well, but there are some solid crescendos to have within the show itself and some intense moments of dialogue. It’s not one that will overpower you or prove to be memorable though, but it does the job very well. Dialogue is clean and clear throughout and we had no problems with dropouts or distortions during regular playback.

Video:
Originally airing in 2007, the transfer for this twelve episode TV series are presented in their original aspect ratio of 1.78:1 in 1080p using the AVC codec. The show is spread across two discs with eight on the first and four on the second where a small selection of extras are also included. This Shaft animated production really has a striking look to it as one would expect with a lot of attention to detail and some truly beautiful colors. There’s a great sense of atmosphere that’s captured in the visuals and the transfer drives home just how much work went into it all. The colors are beautiful throughout, whether it deals with the darker interior for some scenes or the lush outdoors from the blue skies to the beautiful sunsets. There are some fast motion scenes here and there but most of it is slice of life kind of movements. The opening and closings go big in a great way though and really shows it off well.

Packaging:
The Blu-ray edition of the series comes in a standard sized Bliu-ray case with no hinges so each disc is against one of the interior sides of the case. The cover artwork is a bit surprising as it goes for a very earthy look as it has everything bathed in browns. The cover goes for three of the main girls (not all of them!) with them showing off their smiles while wearing their school uniforms. It’s a surprising choice for a cover as it really doesn’t catch the eye well or really draw you in. The artwork itself is good but the colors really feel off for it. The back cover uses a solid red background for most of it where we get a pretty text heavy summary of the shows concept which is a bit too small. There are a few shots from the show done on a Q-Bert style wall and there’s more character artwork as well with Chihiro getting a spot here. The production information is good with a clean listing of the Japanese and English crew while the technical grid details all the high definition information cleanly and accurately. No show related inserts are included nor is there a reversible cover.

Menu:
The menu design for this release really feels very busy, which is kind of part and parcel with a Shaft produced show, but it’s kind of off-putting, especially with the color design. The static screen features Kei along the right side in more manga style colors while the background has some soft whites and reds with various bits of text from the show. Along the bottom we get the episode numbers and titles selections that are done in a similar Q-Bert style blocks which also serves as the pop-up as well during playback, which smartly shows you which episode is currently playing. The menus are quick and easy to load and navigate and things are made very clear about which language is active which is a real plus.

Extras:
The extras are pretty good to have here even if it’s just the clean opening and closing sequences. The show has two openings which brings it to just about three minutes, but there are nearly fourteen minutes worth of ending sequences. And I really adore many of these sequences with its style, especially of Kei running, so having it in clean form and separate is a big plus.

Content: (please note that content portions of a review may contain spoilers)
Based on the mixed media release that encompasses both a manga series that’s still ongoing, a light novel and a visual novel game, ef – A Tale of Memories is a twelve episode series from Shaft that’s directed by Shin Onuma that deals with the world of high school romances. But not in the light, fluffy and silly way so many do in the way we see many series operate. It goes more for the atmospheric and moody approach with a good mix of drama that ramps up the emotions. Like a lot of series that you see from Shaft and of this nature in general, it can be a bit awkward getting into it as it deals with a decent sized cast and some unusual issues.

Enough so that it’s hard to say there’s a real lead here or even lead couple because most everyone gets close to equal time when you get down to who is important. That can be a positive because it turns it into a true ensemble cast series and those can be hard to come by when done well. The downside is that it can take several episodes before things really come together. And that’s definitely something to keep in mind with this series as it wasn’t until the middle of the series that it really felt like it was clicking right. By that time, you really have a chance to latch onto the various couples and configurations and figure out which characters you really like and whose stories you want to truly follow. Which is one of the downsides of the ensemble cast as it can make certain stories less interesting to follow.

Taking place within the present day real world, we get to see a group of high school students with some varied connections between them. I latched onto the character of Hirono as the lead, a young man leading a double life as he’s struggling in school because he spends most of his time as a professional mangaka, which obviously is not allowed. He’s even getting dangerously close to being held back. He’s often chided in a caring way by Kei, an athletic young woman and part of the girls basketball team that has had feelings for him since they were all children together. Hiro doesn’t quite feel the same way about her as she does him as her feelings grew into something more of the years, but there’s definitely some level of feelings between them. The show delves into their relationship well over the course of it as each of them has to find their dream in life and to realize what it is.

What complicates it is the arrival of another woman that gets into his life named Miyako, another student who makes a more definitive play for him, though it’s still not as blunt as one might expect or as constant. Miyako is dealing with her issues about her own dream in life and a feeling of being lost and invisible, but her interest in Hirono causes Kei to take it very personally and she gets very, very territorial and aggressive about when it comes to making sure that Hirono is hers. Seeing how the relationships between the trio works out over the course of the series is definitely interesting, but I can’t bring myself to agree to the way it was resolved. Yet, sadly, I can see why it worked out that way through Hirono’s eyes.

While this all plays out, we get a more “dramatic” storyline involving Kei’s twin sister Chihiro. Chihro’s had it rough for the last four years as she was involved in an accident that caused her to not only lose an eye, but she’s also suffered a brain trauma that causes memories older than thirteen hours to disappear. So she keeps a diary to try and remember some of the basics about her life so she doesn’t lose herself. She doesn’t go to school because of her condition but she ends up meeting Renji from the school everyone else goes to and the two slowly start to bond as he tries to figure out how to deal with it and the problems that comes with her condition. It’s an interesting story as it unfolds because of the problem, but it’s also the kind of forced idea that changes the tone of the series. I can understand why they went this route as it certainly draws on the heart strings more, but it left me less connected with it because of what’s involved with Chihiro.

There are a few other characters that show up in the series and they do have a way of tying everything together in a larger context, but none of that really mattered much in how the story truly unfolds as it’s all about the main characters. Some of these others add a bit of surreality to it that almost takes you out of the flow a bit. Thankfully, the show has so many truly beautiful and stunning visuals that really makes it come alive. In some ways, the visuals do end up trumping the story itself, especially because of some of the creative angles and styles used at times since it is a Shaft production. They don’t go out in left field as some of the shows they’ve done, but they have a lot of fun with the ending sequences in being creative and giving it a very distinctive feel.

In Summary:
With ef – A Tale of Memories, it’s a series that plays to familiar themes and basic ideas when it comes to the characters, but it does it with a good sense of style without taking it too far. At the same time, it doesn’t go in the direction that most of the romantic shows do with a heavy dose of comedy to try and keep it engaging. Here, it’s mostly serious, drama filled and with a good bit of weight to it that makes some of the interactions come across as quite real. There’s plenty to like here with the characters and the relationships that form, but it’s one that definitely takes a bit of work and the mild twists in it feels kind of forced at times. But the things I like definitely outweigh the negatives and just the animation design and coloring alone makes it worth getting into. It’s definitely a distinctive series and one that will appeal to a lot of anime fans out there. 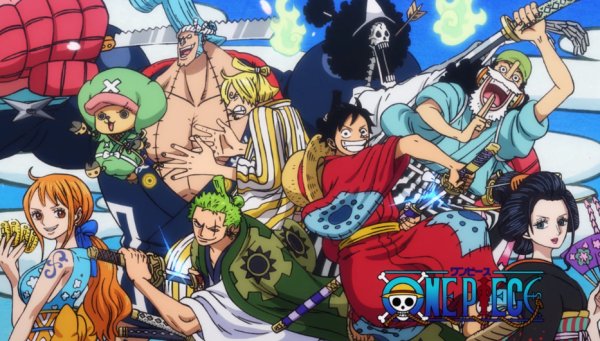