The SHINanigans continue in this epic conclusion to the third season of the no-holds-barred fight to save humanity!

What They Say:
The universe is calling out to you, man. It wants you to join guru Shin’s freaky family on a trip of way-out fun. Prance with polygamist pandas! Dance with French ballet boys! Advance your consciousness during Family Bath Night and splash in the soapy soul soup of Pee, Love, and Understanding. Just remember: harmony comes from balance. For every butterfly kissed, a serial killer takes another victim. For every freed sweatshop employee, there’s a snowwoman trapped in a snowman’s body.

The Review:
Audio:
Like all previous Shin Chan releases, this set only has English stereo. Needless to say, that doesn’t leave a whole lot to listen to. Presentation isn’t exactly key here, and the stereo track gets the job done as well as can be expected without any real surprises or shortcomings.

Video:
The show isn’t much to look at to begin with. It occasionally switches to full screen and widescreen, depending on which episode FUNimation chooses, and the art style can be a huge deterrent to the uninitiated. Normally, FUNimation does a great job with transfers, but early on in this set, there was a rogue frame in the middle of one of the cuts that lasted long enough to make me do a double take. Probably something that got fixed in later releases, but slightly inexcusable considering how seasoned FUNimation is. On the whole, it really isn’t a big deal for a show like this, but I worry that this carelessness can carry on to other releases.

Packaging:
FUNimation kept the psychedelic theme for the second half of season 3, sporting a cardboard sleeve almost identical to the previous, only with a different picture of Shin at the top where he has a look of shock on his face. Within the sleeve is a cardboard trifold. On the front is another picture of a squatting Shin (a bowel movement is definitely implied by evidence of a fecal-looking pile underneath). Flip open that flap and there is a picture of a shocked Georgie in front of a red and blue checkered background. The flap on the left has a spiral tunnel with the list of episodes in the middle. Lip open that flap and the two discs with the same hypnotic tunnel design with a lime green and bright blue color. The very back of the cardboard trifold shows a picture of Whitey dancing.

Like the previous set, it feels nice in your hands and has a great, cohesive feel to it. It is a bit hard to tell the difference between it and part 1 of season 3, however, though it’s hardly a dealbreaker.

Menu:
Disc 1 of the DVD menu is simply a digital recreation of the front cover. It is simple, and completely lacking in any frills. The “Episodes” tab leads to a list of episodes in an equally simplistic layout with an upside picture of Penny yelling.

Disc 2 has a similar main menu except with a picture of Hima in place of Shin. The “Episodes” tab leads us to an upside-down picture of Georgie and a list of selectable episode titles on the right. The “Extras” tab leads to an upside-down picture of Hiro dressed as Action Bastard with a slim list of extras on the right. As with disc 1, it’s completely minimalist and in keeping with the rest of the set.

Content: (please note that content portions of a review may contain spoilers)
When FUNimation announced season 3 of Shin Chan, there were few who were as excited as I. With its inappropriate, foul-mouthed, occasionally shocking humor, the show had captured my heart and lifted my soul. As such, it greatly saddens me to say that, somewhere between parts 1 and 2 of season 3, I feel as though I have had my fill of the randy young fellow.

I do want to emphasize that it is not as though the writing has become any less hilarious, but rather its impact has slowly diminished as time went on. The first part of season 3 was wonderful in that it was a triumphant return of the series that dared to become so blatantly off-script. Now with part 2, I can say with confidence that I am ready to move on to something different, and something a little less reliant on shock factor.

With season 3 part 2, the writers really did their best to go all out, shattering any implications made in the first two seasons and getting as explicit as they dare, and perhaps that is where the greatest fault lies in this latest set. Sometimes it’s better for a joke to be implied rather than outright said. In the past, Penny’s questionable upbringing was mostly funny because its sheer horribleness was simply glossed over, while in this set, it finds itself as a main plot point in a few episodes, leaving very little to the imagination. The same goes with Bitzy’s drug addiction and sexual relations with Hiro’s dad. It’s so blatant and in your face, there is very little joy or work involved in trying to find the joke for yourself. That general flaw, coupled with general diminishing returns of the humor style in general left me with a slightly underwhelmed feeling inside.

But that’s not to say the series didn’t do anything right. In fact, there were several things that were done very well. The episode variation in this set, while still very hit or miss, had a clever mix of funny and, dare I say, character pieces. One in particular was an episode where Georgie has to deal with the fact that Shin and company are more his friends than any of the rich snobs he would prefer to hang out with. It’s very mild and undercutting, and in the great scheme of things, will ultimately mean nothing, but it was still very nice to see. This set also sees the return of “The Flamer,” a character I could not stand in the last set. Here, however, he is presented in a more tolerable light, and after giving the character a reasonable goal, and a few funny non-obnoxious bits of humor, I found myself liking him more and more.

In Summary:
I wouldn’t call this set a failure by any means. If you find yourself still captivated by the style of humor this series has established in two and a half seasons, then there’s a good chance it will not disappoint. However, if you thought the jokes had become more and more one-note as time went on, this set will do little to convince you otherwise. The characters continue to play into the roles they’d been set in at the beginning, and do little more than you already expect them to. Ultimately, it is a decent finish to a season, but I’d be lying if I said it was more than a couple steps above a mediocre whimper. 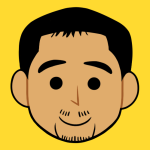