We  like our ninjas in the yellow and blue variety.  The Scorpion and Sub-Zero episode is here!

What They Say:
This is the story of the Shirai Ryu, a proud ninja clan lead by the most bad ass of ninja generals: Hanzo Hasashi, also known as “Scorpion.”  As he sets off on a new mission, a surprise attack by the rival clan — the Lin Kuei — changes Scorpion’s life forever.

Content: (please note that content portions of a review may contain spoilers)
Where the previous episode took a different turn in the Mortal Kombat canon, this episode goes back to the basics as he enter into the world of the most popular characters of the franchise: Scorpion and Sub-Zero.  We get narration about how deadly and awesome Hanzo Hasashi is as we see shots of him using that iconic harpoon of his.  “The Scorpion” is the general of the Shirai Ryu, but as the camera begins to play tricks on us we see that Hanzo is being hunted down by… the cutest little assassin wannabe you have ever seen.  Hanzo’s son, Jubei, wants to be just like papa Scorpion, but Hanzo doesn’t want his son to follow the path of a Shirai Ryu.  Still, little Jubei is determined to be trained by his father and Hanzo agrees.

Back at home we see that Hanzo lives a rather peaceful life in a small village with his wife and son.  The Shirai Ryu are preparing for a visit from the Shogun, but all Jubei wants to do is train.  Both Hanzo and his wife want Jubei to focus on other things, and the two quietly talk to each other about working to give Jubei a better life.  While the family eats dinner, Hanzo is summoned to Kumamoto castle where the Shogun has arrived earlier than expect.  Hanzo suits up like he’s auditioning for “Batman Forever” as he puts on his outfit piece by piece via epic close-up shots and fade outs.

As Scorpion heads off to the castle we see that this was all a trick.  The Shogun has been killed — Scorpion finds him frozen in the middle of the forest — and now that Scorpion is away his village is open to attack.  Scorpion immediately recognizes the assailant as “Bi Han,” who fans all know as the one and only ninja in… gray?  Isn’t Smoke the gray ninja?  Nevertheless, it can only be Sub-Zero, and the two start fighting as the episode ends.

In Summary:
These episodes just feel shorter and shorter each week.  It makes me wonder how many characters we’ll see before the series is over, especially with these two part episodes.  Then again, if this is sticking with the original Mortal Kombat games, there aren’t too many more characters to see.  My money is on the series ending with Liu Kang.

So here are my thoughts on this episode, and it might feel a little bit ranty.  I’ve been into Mortal Kombat since day one so I am one of those fans who knows the story, has played through it with each and every game, has seen the movies, the television series, and even that poorly animated cartoon series.  So, in conclusion, I know my Mortal Kombat.  I know that Scorpion and Sub-Zero are like the Ryu and Ken of Mortal Kombat, so this episode is extremely important to the series.  How does it do?  I think it does pretty good, actually.

The part I don’t get are the fans who say that this episode doesn’t “follow the Mortal Kombat canon.”  This series, right off the bat, is a retelling of the story.  Sometimes, it goes along with the canon story, and sometimes it doesn’t.  Oddly enough, the episodes I’ve liked the best are the ones that don’t follow the canon.  Johnny Cage as a washed up actor and Raiden being in a mental institution were interesting takes, and when I went into the series I thought that all the episodes would be more like these two.  Are they following the canon?  Yes and no — but mostly no.  Still, is it really a bad thing?  When the last Mortal Kombat live action thing we got was — sigh — Annihilation, can we really complain?  You can’t deny that these different views are intriguing, and the fact that these characters still get to the point — going to the tournamant — is impressive.

But this episode not following the canon?  How?

This episode is probably the most accurate depiction of the original story.  Yes, it’s true that in the later games we discover that the attack on Scorpion’s village was an elaborate ruse by Quan Chi, but that was later.  Before Quan Chi existed we were led to believe that Sub-Zero was responsible for the death of Scorpion’s clan and family, so it makes perfect sense to see the Lin Kuei going into the village.  This is who Scorpion feels is responsible for the massacre, so this is what we’re seeing.  Also, we’re not even sure if Quan Chi is going to be in this series — my guess is no, because that would introduce even more plot and the series would have to be longer.  And even if we did make it up to Quan Chi, until Scorpion learns the truth then he has to walk around believing that the ice man is the one who killed everyone.  Hence, the hatred between the two of them.

Now that my rant is done, onto my episode thoughts.  As I said, I thought it did a pretty good job.  Like the Kitana and Mileena story, it’s cool to finally see the Scorpion and Sub-Zero story from the beginning.  In the games this story is told to us — until the most recent game where Scorpion has a depressing flashback of the event.  This episode lets us get to know Scorpion — general, father, husband — which will make what’s inevitably coming for him all the more tragic.  I also like how the entire episode is in Japanese since the Shirai Ryu are a Japanese clan.  The fact that the original Scorpion outfit had a sort of Japanese samurai feel is also very cool — though I might be biased, I love Scorpion.

What sucks the most emotionally about this episode is Scorpion’s son.  The little tyke wants to be just like dad while dad wants him to have a quiet, non-violent life.  You know going in — if you’ve been following Mortal Kombat for a while — that his son’s fate will not be that sweet.  I predict a scene where the little Scorpion will try and protect mom from a ninja or two and be horribly outmatched and killed.  Either that, or Scorpion will run home just in time to see some ninja jerks holding his wife and son hostage.  All and all, part two is going to suck, but I do wonder if we’ll see Scorpion turning into the skull headed specter he is in the games.

It’s always interesting to watch something when you know what the outcome is.  You wonder how the creator is going to make you feel sorry for the character when you already know what’s going to happen.  Fans already know that Scorpion’s family is killed and that his life changes forever, but this is one of the few times we will get to see it happen.  Is it going to be as painful as we imagined?  I suppose we’ll have to wait next week and find out. 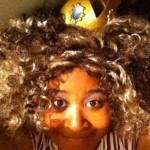