What They Say:
In the not-too-distant past, the first nuclear weapon test changed the world forever . . . but not in the way we expected. Unleashed upon the planet was a microscopic technological virus of unknown origin that infected millions – some to no effect, some to horrifying agonies and disfigurement, others with the gift of incredible and sometimes terrifying power. But would a world populated by supermen become a battleground for good against bad . . . or bad against worse? Is it true that with great power comes great responsibility . . . or does it truly come with great license? Content: (Please note that content portions of a review may contain spoilers)
Back in the 1990’s, one of the big pushes for most companies was to try and emulate something of what Marvel and DC does by creating shared universes for the characters to inhabit. Coming at a time when the market was flooded with buyers (speculators!), launch issues were big business and every company wanted to do that. With companies like Image and Malibu out there creating these new universes to draw in readers as well as speculators, Dark Horse also got into the game with a work that was three years in the planning. At the time, it first had a brief story in their anthology series to give hint as to what was to come. They then launched it with much fanfare by doing sixteen weekly issues where every block of four issues focused on a specific city and then a specific character or group for that book, with the threads woven between all of them to tie it together.

When the imprint of the Comics Greatest World was launched, Dark Horse did it all right. They gave us a look at each of the cities with what made them unique while introducing a good slate of characters that fit in with the time. This was the early 90’s and it was all rough and tumble, shades of gray and conflicted characters. You’re hard pressed to find many real heroes here and that’s all the more obvious now with the distance of time. The first half of this collection is dedicated to that sixteen issue run where we first see Arcadia, the home of X who dealt out death to the corrupt politicians and more. We met Ghost, a beautiful young woman who had apparently died before her time and was set to find out who caused it. We also unfortunately were introduced to the Pit Bulls which felt like they came out of Marvel’s New Universe project as well as Monster, a title which didn’t seem to have a real strength to it.

And even more unfortunate, both in the past and in the present, I found that the Arcadia segment was the strongest of all four blocks. As I read further into the series, the other areas felt like they didn’t gel together well at all. Steel Harbor played it rough and tumble and sadly gave us Barb Wire which ended up with a live action travesty. The fact that she’s the only memorable one of that locale says a lot as Motorhead and the Machine are lost to the passage of time. And honestly, the less said about Wolf Gang is probably for the best as it’s just a mess of a chapter that doesn’t make the characters in it interesting or give you a feel for what a full on run of the book would be like. Like a lot of the segments in this opening salvo, they introduce a lot of ideas but it comes across as following the trends rather than setting them, which is really sad considering they said it took three years to bring it all together.

What disappointed me the most in looking back at this opening series is both Golden City and the Vortex segments. Golden City was the attempt at taking a New York City or Metropolis idea and moving it to an extreme by having it run by a woman with great power and cunning with a huge dose of manipulation. Taking the city and making it into its own nation state was certainly a great way to set it apart but it fell apart like the others because of the characters. The central character of Grace is definitely an interesting one as she’s not doing the normal things a hero would but she was held back by having so many super powered people around here taking up the stage. The big brash superhero in Rebel felt like an awkward Booster Gold gone horribly wrong and the entire Catalyst group didn’t resonate in the slightest. The Vortex segment is a complete mess with its approach to storytelling which really surprised me considering Randy Stradley was handling it. That it felt even weaker than Chris Warner’s material was pretty harsh, and he was writing the already terribly Steel Harbor piece.

While I had gotten into CGW at the start and followed a couple of the books, I never read the Will to Power twelve issue series until I got this omnibus. So I was excited to see where they took the series towards the end since this is considered the last big swan song. Similar to CGW, it used the different script writers approach to telling the story in each of the four locals as it follows the character of Titan across his journey. Titan’s the standard real Superman clone of the franchise but one that’s essentially a jerk with severely unresolved daddy issues. While he’s worked previously with Grace since she gave him a place to be and made him feel like he was needed (until he wasn’t anymore), he’s off on his own before he ends up working with the NSC to do government work. Unfortunately, he’s feeling even more manipulated here by the officials after X reveals who his target really is and why he should think twice about what he’s doing.

What changes the arc of the story is when some mysterious person in red rags named Scream, though I don’t think he’s even named here. Scream’s attack on Titan completely disorients him and he ends up going on a holy tear throughout the entire Comics Greatest World world. It follows a similar arc to the original miniseries by having this adult boy with immense powers going across the world causing destruction in an attempt to prove… relevance? Place? That he is someone? Titan as a character really does not work during this arc at all. Each writer (never mind every artist) gives him such a different voice and feel that it’s practically schizophrenic as we move between the four cities. It only becomes a bit interesting toward the Vortex arc as Vortex plays up that kind of mini-Galactic omnipotent angle and finally deals with Titan.

In the end, the character of Titan feels a lot like the Comics Greatest World personified. Titan’s full of power and potential but it’s hamstrung by the writers who couldn’t pull it together as well as the kind of books that people wanted at the time. Titan’s tour throughout the CGW universe showcases a place that simply didn’t have a lot to offer that would make it stand out. The approach of building a fully realized shared universe from the ground up is admirable, and works well when writing novels, but in a comics universe with multiple writers dealing with crossovers, it has to be a lot more organic. The approach used here was used often by other companies in the 90’s and to this day, I don’t think any of them really exist anymore. Some worked better than others, such as Shooter’s world of Valiant Comics, but the Dark Horse one was too much, too fast and too planned.

In Summary:
The Comics Greatest World half of this book is definitely a product of its time and it’s a time that I’m really not sure I ever want to visit again. Before reading this, I spent some time going through the X and Ghost omnibuses, mostly because I enjoyed those characters the most and I always want to see what Steven Grant is up to after he wowed me decades ago with Whisper. Those books hold up better than this one for obvious reasons. I’ve always respected Dark Horse for taking the chance on doing something like this, but a lot of this whole Comics Greatest World material can serve as an indictment of what was wrong with comics in the 90’s.

With the Will to Power segment, we get twelve issues of fighting, more fighting and another dash of fighting. It’s similar to the Comics Greatest World in that it’s a tour of the entire place but it’s done with a character that’s intent on destroying everything because he’s unhappy with how his daddy treated him, which is made worse when Grace essentially replaced him along the way. His need to fit in while being manipulated by everyone gave us a man with immense power and no sense of true responsibility. He is constantly reacting to situations and without any real thought to what’s going on around him. Like just about every other character in the Comics Greatest World franchise, I don’t think any of them can be called heroes. Which makes the later rebranding of the franchise Dark Horse Heroes all the more sad. 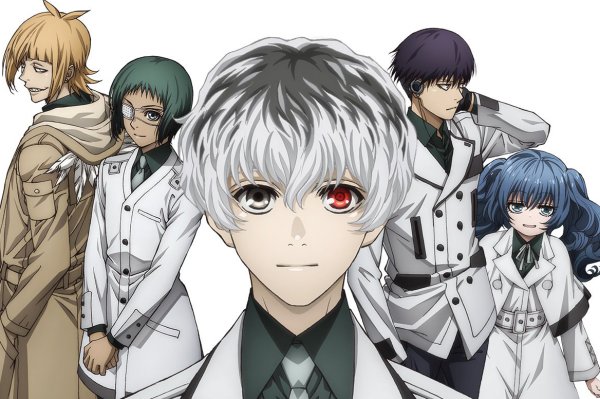